Out standing in his field. 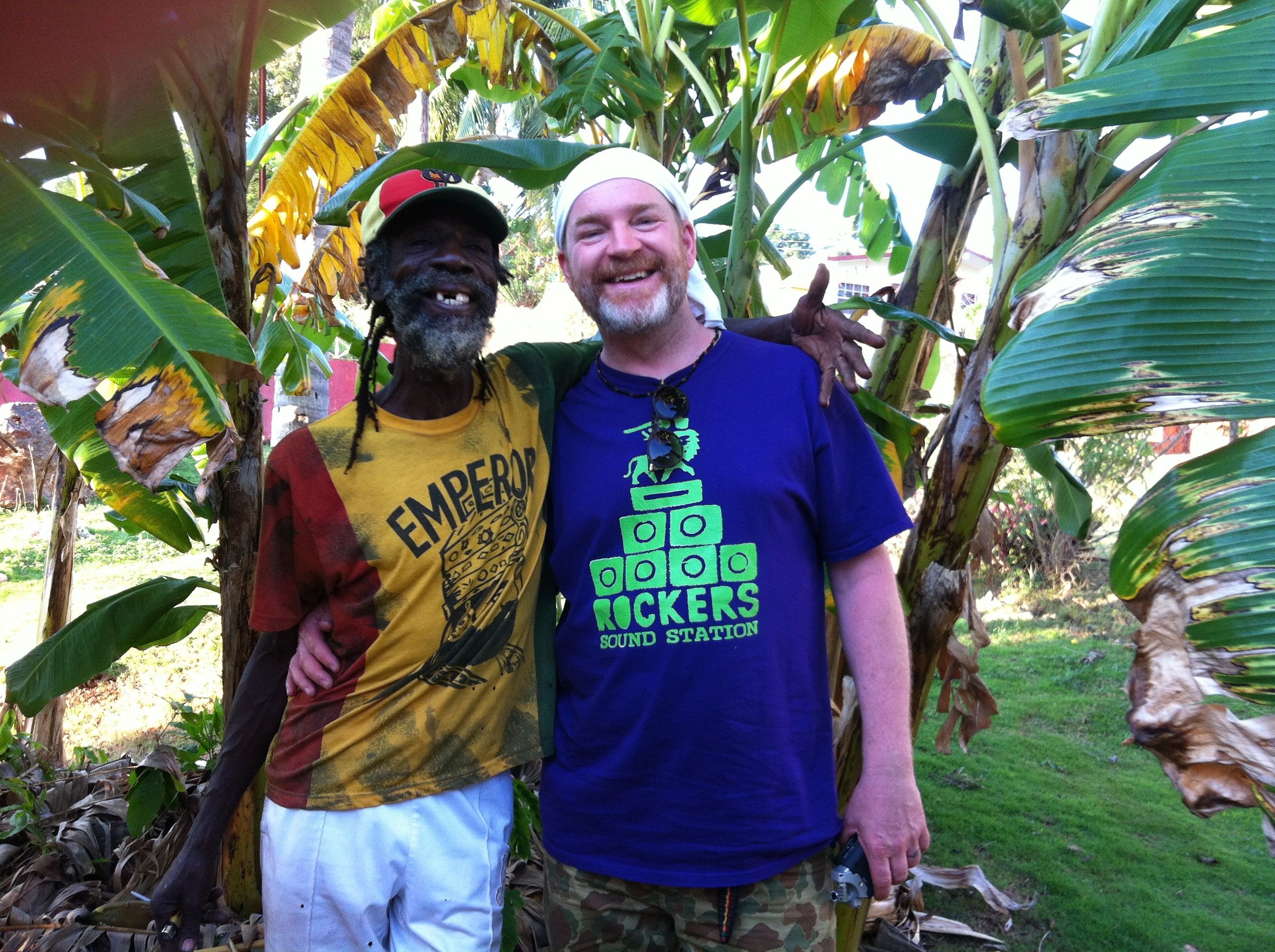 I love this photo of Leroy "Horsemouth" Wallace, at home in his back yard in the countryside outside of Spanish Town in 2017, where we were shooting footage for the "My Jamaican Weed" video. Horsemouth is one of Jamaica's principal foundation drummers, whose raw style and impeccable timing enhanced many recordings. A member of Soul Syndicate band alongside Earl "Chinna" Smith, Leroy has played with countless Jamaican artists, including the honourable Winston Rodney aka Burning Spear. Originally backed by the Soul Brothers band featuring Jackie Mittoo, Brian Atkinson and Joe Isaacs at Studio One in the mid-60s, Burning Spear recruited Horsemouth to play on many of his most beloved recordings, including his signature album Marcus Garvey.