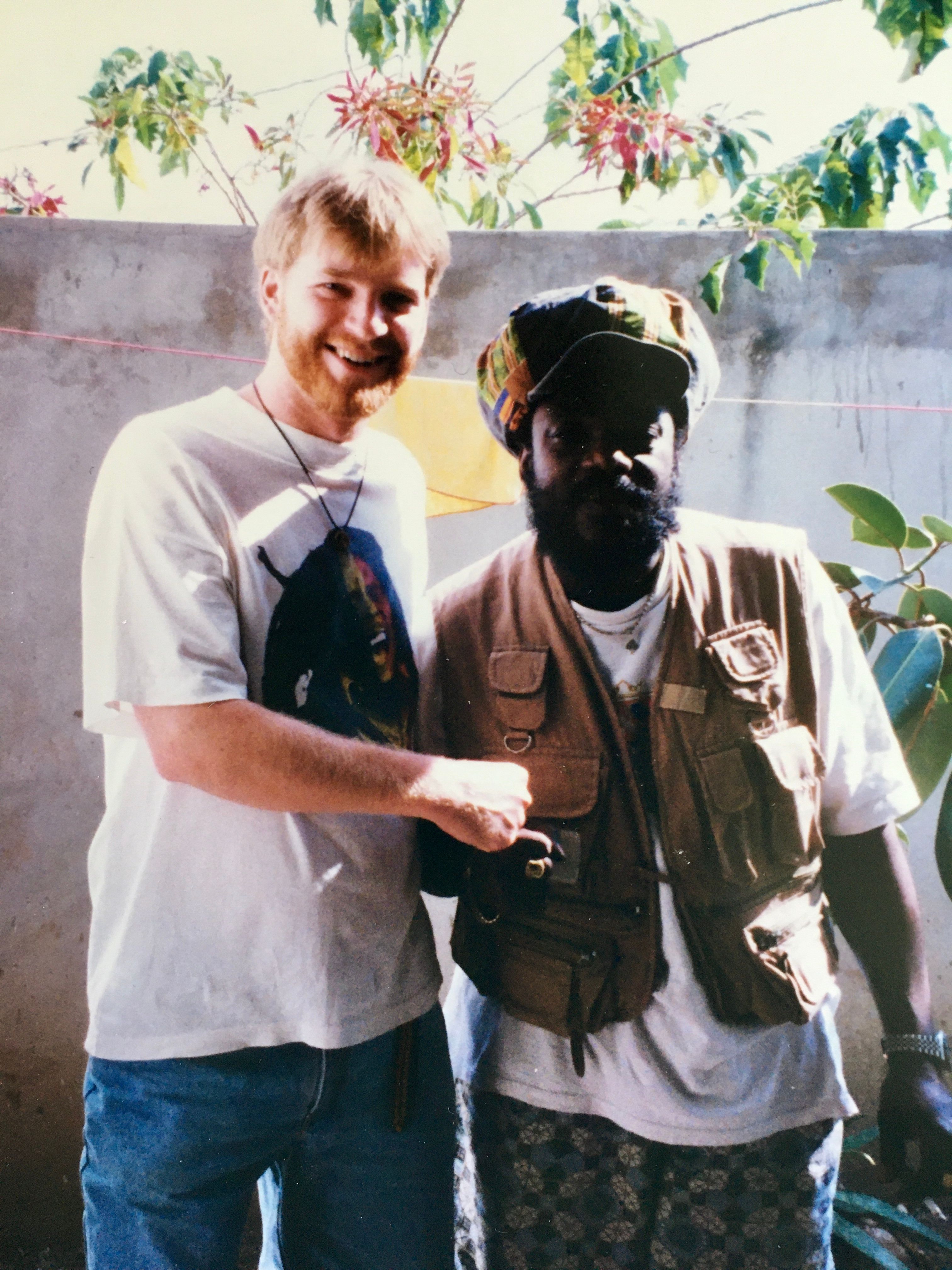 Flanked by my bandmates from Toronto, Ras Kawintseb and Tomaz "Moose" Jardim, I arrived at Kingston Musik in Jamaica, and was greeted by the owner and CEO, Peter Blake. The next morning he introduced me to an irie dread named Phanso, who might produce our project. When asked which musicians I would like to work with I replied "The Wailers", of course! Happily, my friends Moose and Kawintseb were acquainted with Aston Barrett, the formidable bass player who has held down the bottom end with Bob Marley's band The Wailers for over forty years. They contacted Aston and paid a visit to his home in Kingston, where they sat by his pool and explained that they had come on a mission to record a collection of songs with a young Canadian artist. "Family Man", as Aston is affectionately known, appeared at Kingston Muzik the next day, and spent the whole day hanging out, smoking herb and strumming an acoustic guitar. He returned and spent the entire next day with us at the studio. I sensed that he was sussing me out, this unknown Canadian artist who he might record with, for at the end of the second day he inquired: "So when do you want to start work?" The would-be producer, Phanso Wilson, turned out to be one of the best reggae drummers I have ever played with, who ended up playing drums on all of the recordings, alongside Fams on bass. This photo was taken just outside the kitchen door at Kingston Muzik in 1996, where, for those of you that know me, I spent a lot of time cooking! My gratitude to Aston "Family Man" Barrett for sharing your expertise with I & I.