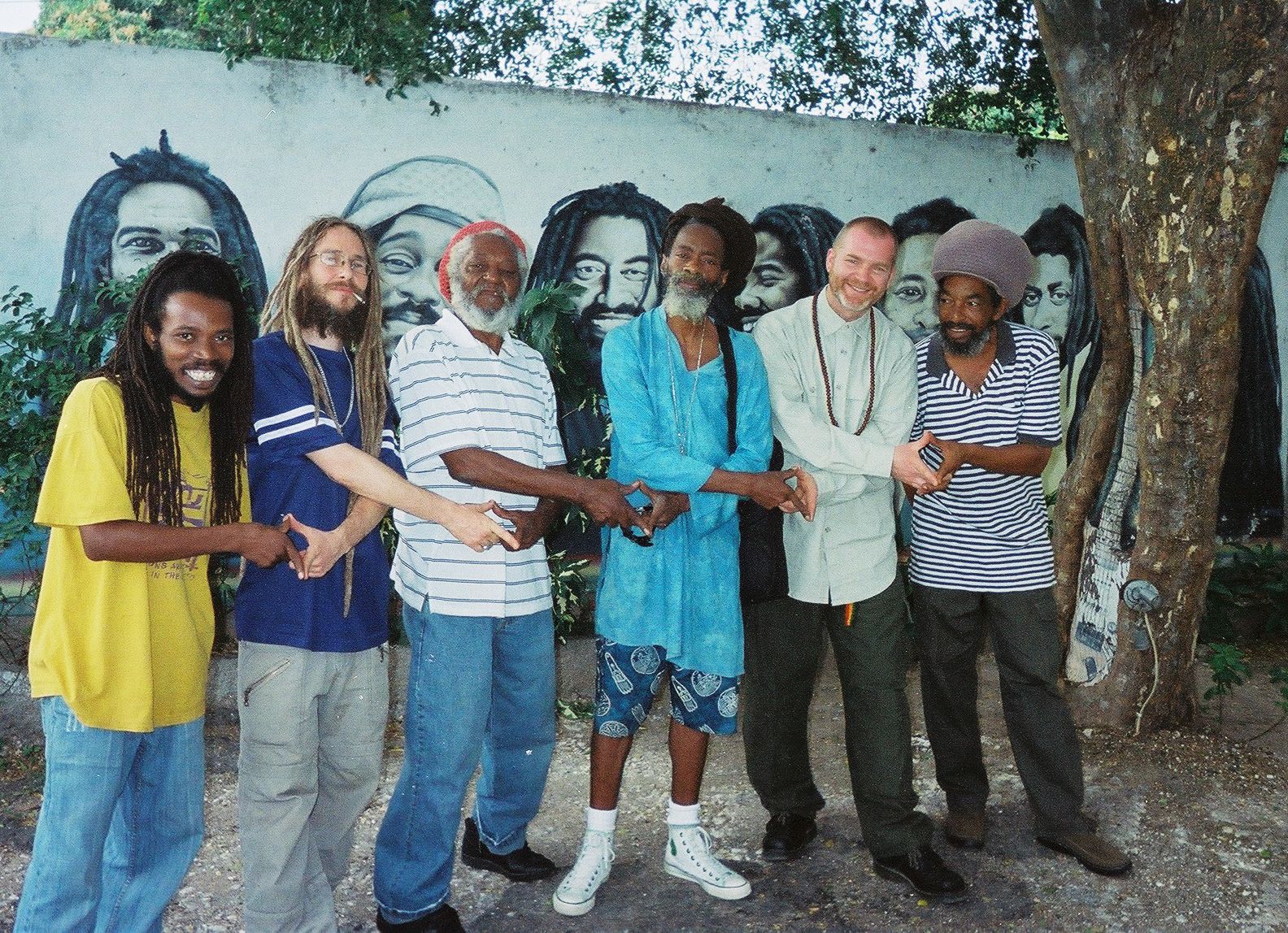 Harry J Studio is famous throughout Jamaica for having housed some of the most influential reggae musicians of all time. Before Bob Marley constructed a professional recording studio in his home on Hope Road in Kingston, this was the principal studio at which he and The Wailers recorded some of their most significant work. Gold records adorned the walls inside the studio as a testament to some of this great music. Painted on the wall behind this gathering of wonderful musicians are some of the monumental artists who have recorded here, including Big Youth, Dennis Brown, John Holt, Jacob Miller, Winston Rodney aka Burning Spear and Bunny Wailer. Assembled here, from left to right, is a powerhouse group of some of my closest friends, including three foundation elders who rallied together to record my single "Rocksteady" in 2010. Studio engineer Sean Tenn was with me from the start, trained by Bobby Simpson at Kingston Muzik Studio. Chris "DJ Friendlyness" Hatton, who played bass with the original Halfway Tree line-up for the first two years, was a major influence on both my musical and spiritual development as a teenager and beyond. Alvin "Seeco" Patterson was Bob Marley's closest friend and my percussion hero, who became a great friend and mentor to me. The virtuosic guitarist Earl "Chinna" Smith has played with virtually every significant reggae artist on the planet. And on my far side is rocksteady pioneer, Studio One drummer, Soul Vendor Joe Isaacs. Missing from this photo is trombonist Everald Gayle, who was there but somehow missed out on this beautiful photo. Have a listen to the product of this session here: "Rocksteady"