No ganja in the studio! 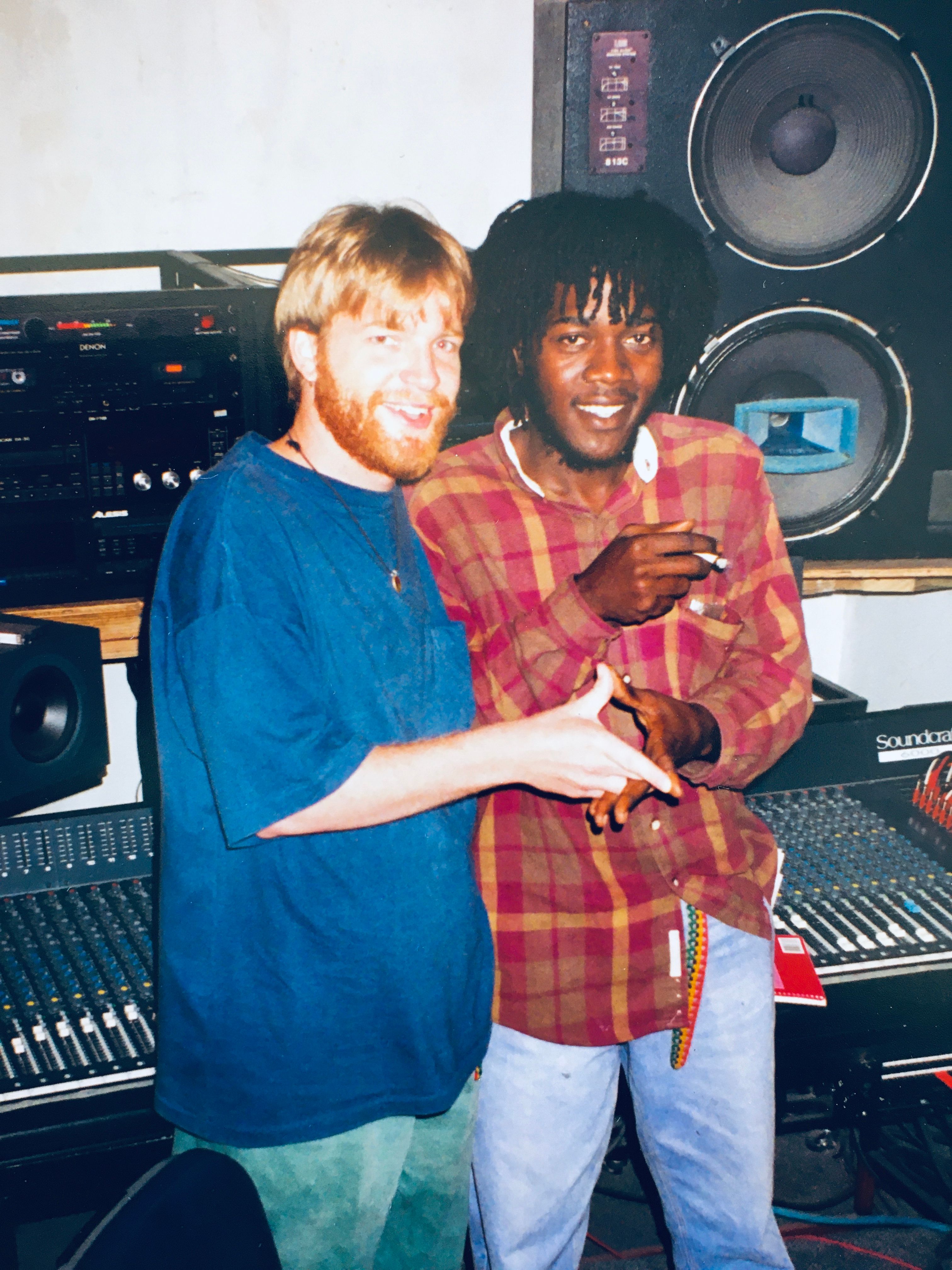 The last in a series of photos from Kingston Muzik, where I recorded my first studio album What If I Told You, I am pictured here with the lovely and talented studio engineer Otto-Lee Wilson in 1998. Back when my beard was red like my mother's hair, I enjoyed countless hours in the recording studio with Otto, first tracking and then mixing the album that would go on to earn a Juno nomination in 2000. Either through mystic alignment or by sheer coincidence, Otto had learned his craft apprenticing with Bobby Simpson from Jah Studio at Queen and Ossington Streets in Toronto, where I had spent significant time recording with my former group Rockstone. I remember admiring Bobby's work for his unique sound and authentic Jamaican technique, that he would pass on to young Otto-Lee. As it turned out, Bobby had been commissioned by the entrepreneur who founded Kingston Muzik to design and build the studio. It's a small world after all!

Smoke has been shown to damage studio equipment by depositing resin over time. With respect to recording in Jamaica, this has always been somewhat of a challenge. Most Jamaican artists like to smoke herb while they work, and some studios are more tolerant than others. The owner had just enforced a strict "No Smoking" rule for those of us using the studio, and upon seeing this photograph, Otto took some shit!