Live at the Bamboo Club, Toronto 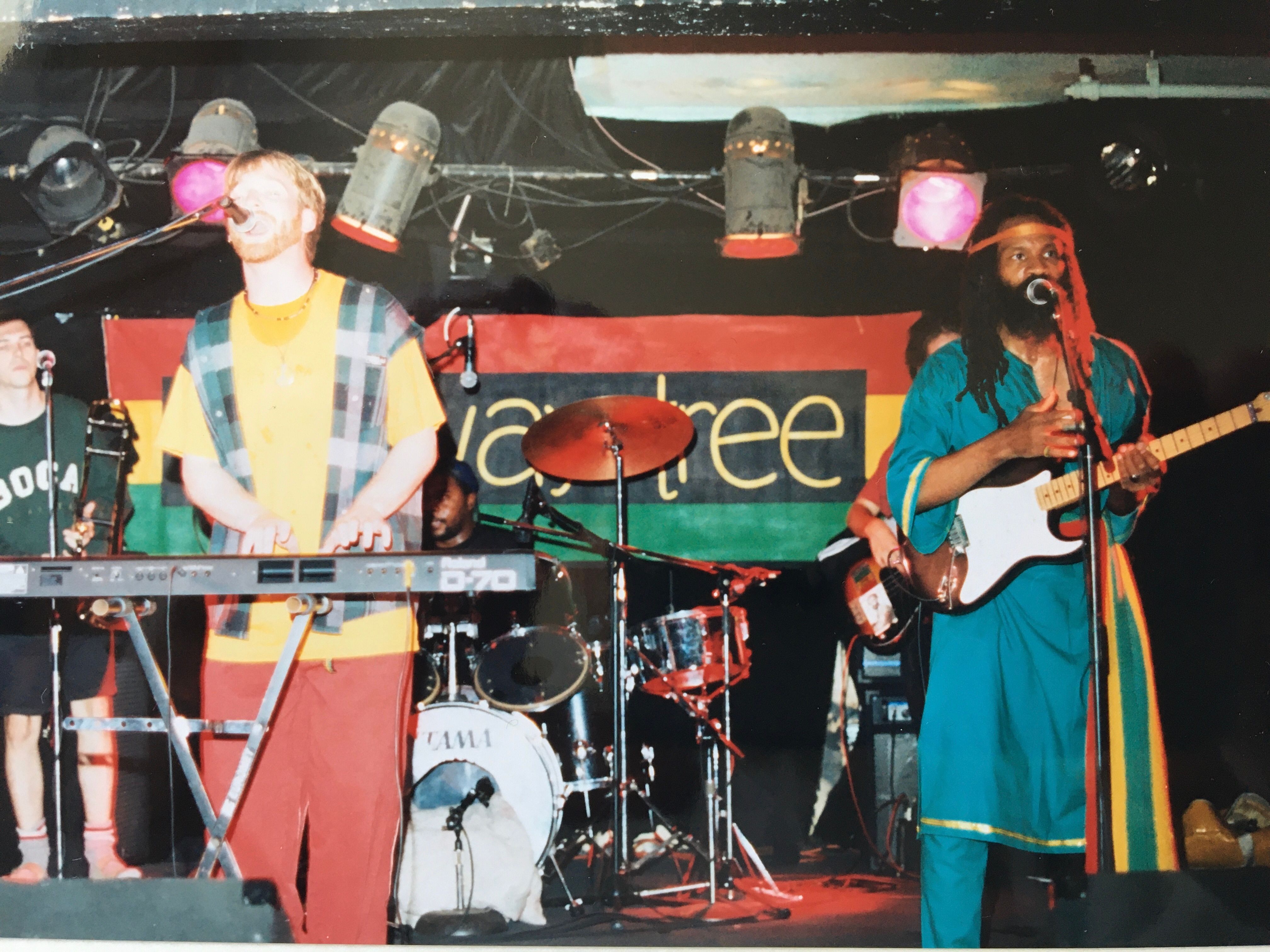 Andru Branch & Halfway Tree in action, live at Toronto's legendary Bamboo Club, circa 1995. Pictured here is Art Gold on trombone, Andru Branch on keyboards and vocals, Mike Goodridge on drums, Ras Kawintseb Sellassie on lead guitar and backing vocals, and hidden behind him is the multi-talented "Friendly Man", Chris Hatton's moniker at the time. I started frequenting The Bamboo when I was well under 19, and the club became like a second home to me. It was such a thrill to perform on the same stage as Jamaican reggae superstars Culture, The Mighty Diamonds and Frankie Paul. I started playing there with my preceding group Rockstone, securing the occasional Thursday night spot, but it wasn't until I assembled the stellar Halfway Tree reggae band in 1995 that we began to fill the room on coveted weekend nights. I give thanks for this talented set of wonderfully supportive musicians.