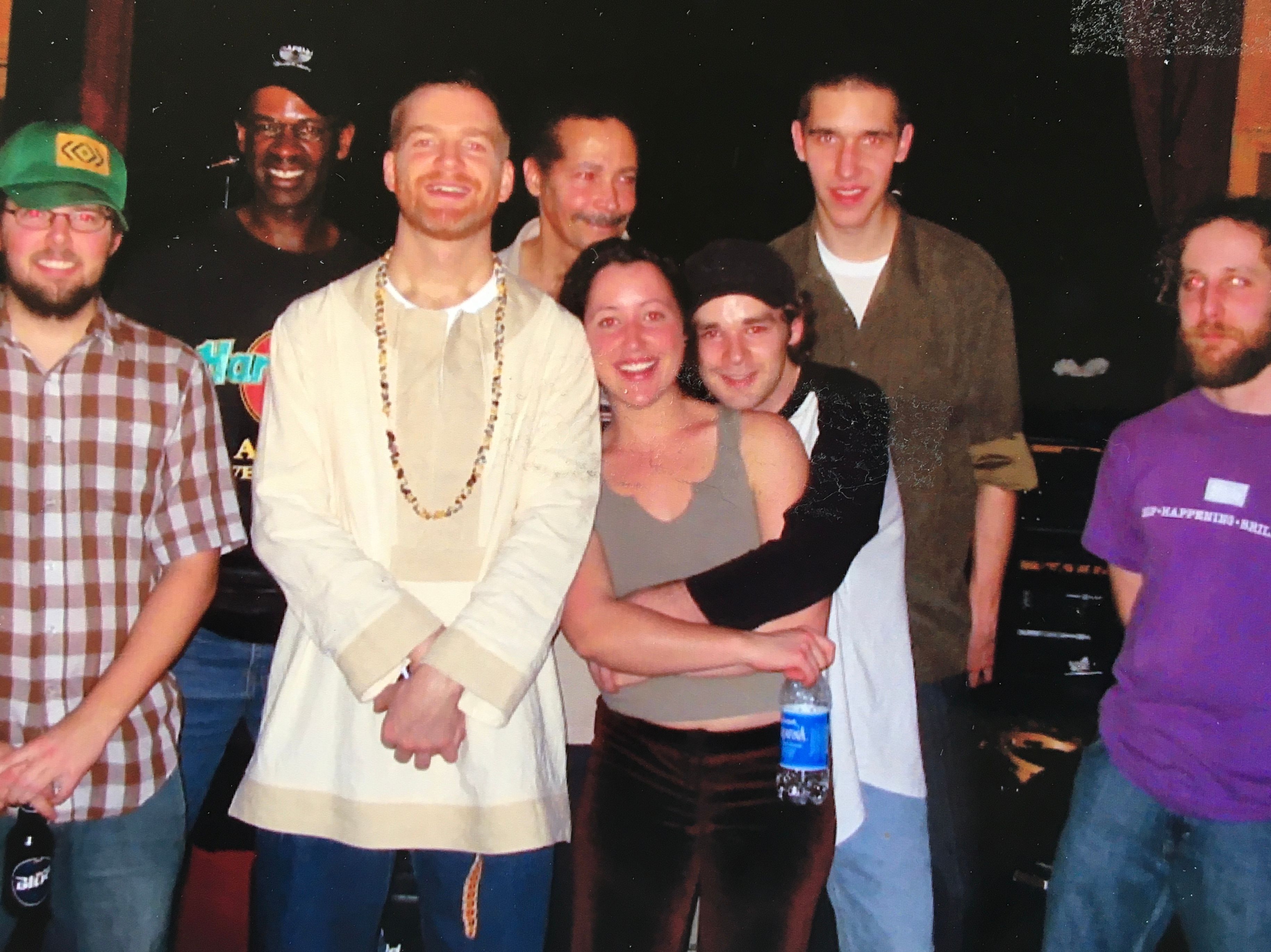 Although I was able to spend several weeks with her while she underwent diagnostic tests in Halifax, my beloved mother Barbara succumbed to cancer on May 6, 2000. I had given up my job and my apartment in Toronto to be by her side through chemotherapy, and subsequently I left my beloved band behind. After attending her funeral in my home town of Sackville, New Brunswick, in the very chapel in which my parents were wed, I moved to Halifax, Nova Scotia. She was my closest person and I grieved her loss heavily. I began forging a new life, one without my Mom, and without my band. These were sad times for me, but a chance meeting in 2002 led me to the legendary Jamaican bass player, Brian Atkinson. I befriended radio publicist Lynn Horne over a glass of red wine one night at The Velvet Olive in Halifax. After explaining my story, she wondered if I had knowledge of "Bob Marley's original bass player", who lived outside of Halifax. Several of my older Jamaican colleagues back in Toronto had suggested that I look out for this Studio One pioneer when I relocated. Lynn put in a phone call to Brian and lo and behold he showed up at my door one afternoon soon after. We became fast friends and after a little convincing, he picked up his bass again after 16 years. One of my classmates from sound engineering school back in Ontario, Jordan Urquhart, was already living in Halifax, and he seemed game to make some music together. Jordan was in touch with our fellow classmate, guitarist Tyson Spinney, who lived in the Annapolis Valley, about an hour outside of Halifax. Already an enthusiast of my first album, he too seemed game to play along. And so, with a little sensimillia, the Halifax incarnation of Halfway Tree was born. We recruited British-Antiguan drummer Jerome Thomas, who grew up in England during the reggae explosion in the 70s, so he was well versed in the style. We added the crucial horn section of Matt and Eric and backing vocalist, Selah. Pictured here, from left to right, is Andru Branch & Halfway Tree after an early gig at Planet Pool in Halifax: Jordan Urquhart (rhythm guitar), Jerome Thomas (drums), Andru Branch (vocals, keyboards and percussion), Brian "Bassie" Atkinson (bass), Selah Koile (backing vocals), Tyson Spinney (lead guitar), Matt Myer (trumpet) and Eric Landry (trombone).