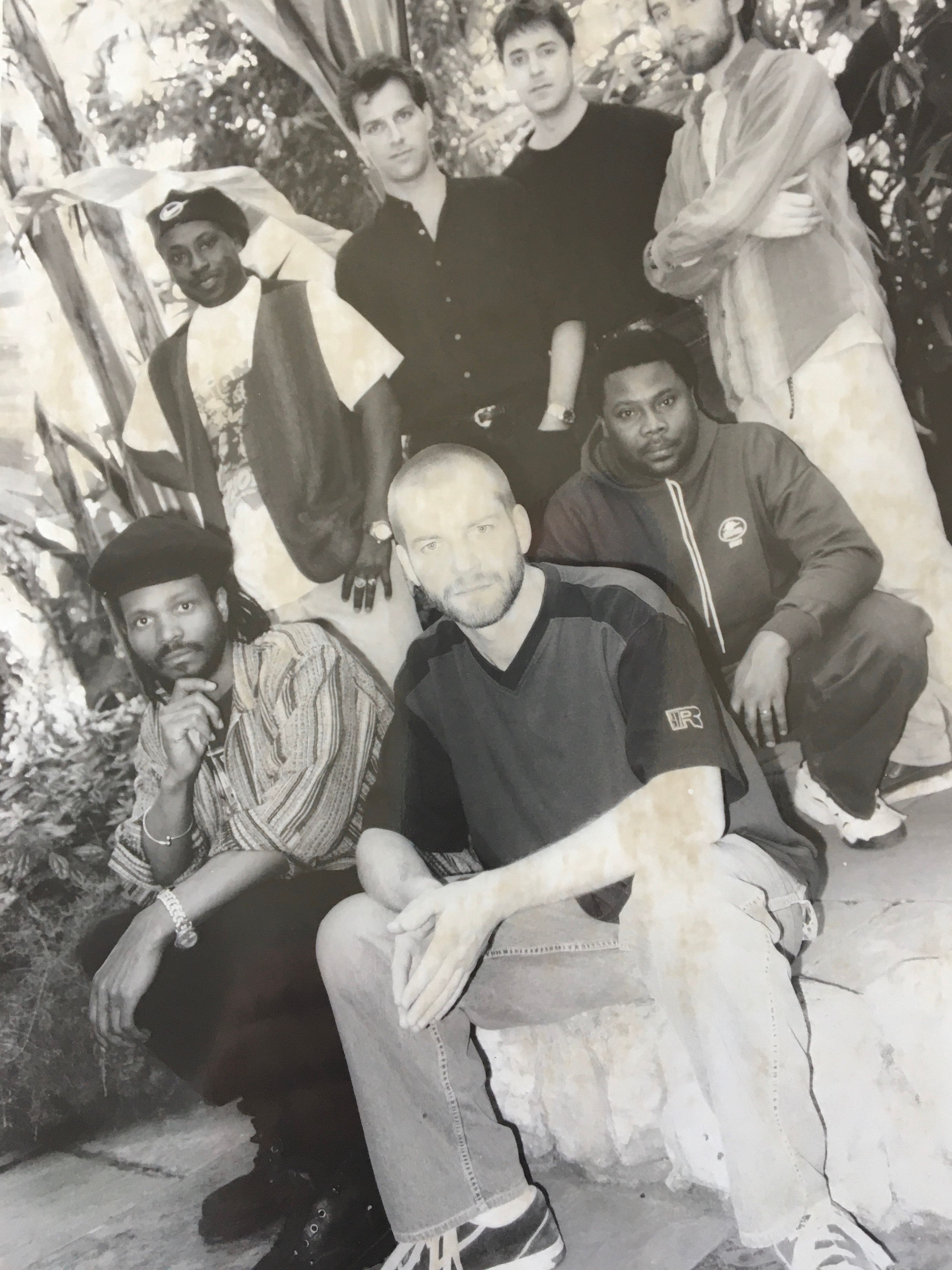 Andru Branch & Halfway Tree, 1998. Clockwise, from left to right: Chris Davey (rhythm guitar and backing vocals), Lindell "LA" Allen (bass), David Wand (trumpet), Kevin Cook (trombone), Tomaz "Moose" Jardim (lead guitar), Mike Goodridge (drums), Andru Branch (vocals, keyboards, percussion). Little did I know at the time that this would be the last promo shot as a band in its Toronto incarnation. Chris Davey played with the group for a short time, followed by guitarist "I Feel". My keyboard mentor, Bernie Pitters, often sat in with the group, as did saxophonist Jonno Lightstone. Soon my beloved Mother would phone me from Nova Scotia with a cancer diagnosis, and called me to be by her side.